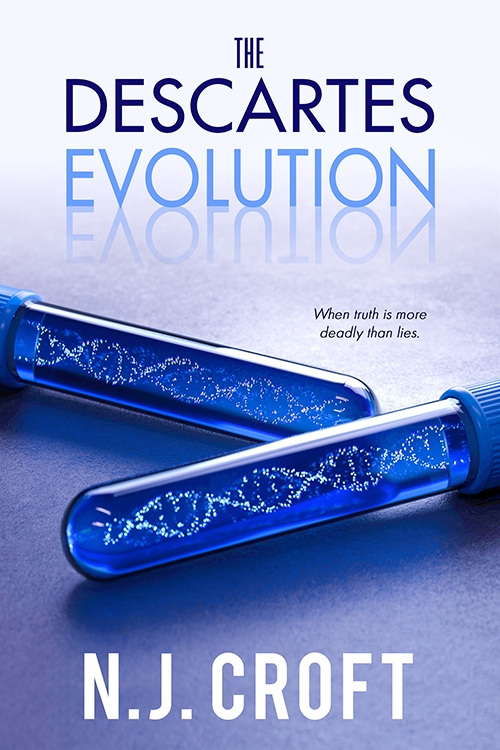 When truth is more deadly than lies…

A woman with a rare genetic illness must uncover her connection to a terrorist group before their next attack in this exciting new bio-thriller from the author of Disease X.

Lucas Grafton has spent the last ten years hunting the Conclave, a secret organization who took everything from him, including his very identity. Now he has a lead—an imminent terrorist attack on London—code-named Descartes. But he can’t connect the dots until a seemingly innocent woman appears during his stakeout.

Jenna Young can’t believe she was attacked and barely escaped with her life. Now she’s on the run with a stranger…and racing against the clock. With only a note left by her father after his death, telling her to use the code-word “Descartes” to get the pills that slow the progression of her illness, Jenna has only days before her body will start to rapidly deteriorate.

Lucas and Jenna must piece together why she’s wanted by a terrorist group she’s never heard of. And why, despite her claims that she needs an unknown and presumably illegal drug to stay alive, she seems to be getting stronger by the day…